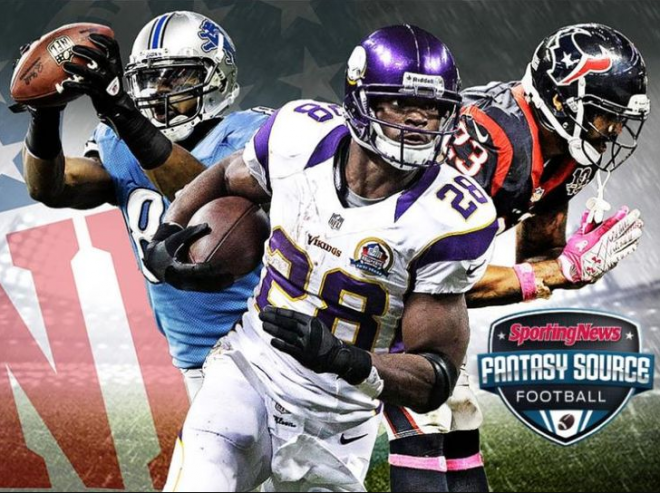 GUEST POST by Julia Randall: Julia Randall learned how to call a turkey so she could brag about it at parties. When it isn’t baseball season, you can find her Googling sports injuries and writing for Draft Street.

In 2013, 33,559,990 people in the United States played fantasy sports. They watched more games, bought more tickets, and purchased more items at stadiums during their sports season. This group includes men and women, college graduates, married people, single people, professionals, students, and athletes. Salary caps and snake drafts, leagues with cash prizes for winners and painfully embarrassing rewards for losers. A diverse group, certainly—but one that celebrates strategy in the context of sports, actively roots for their actual team and then their fantasy athletes.

Athlete participation in fantasy sports is on the rise too—there’s even an NFL Players Association League. Generally, athletes fall into a few categories: actively against fantasy sports, indifferent to fantasy sports, involved in a fantasy sports team of their own. Many have their own rules and regulations regarding what they’re willing to do, both on and off the field, for their teams—fantasy or otherwise. 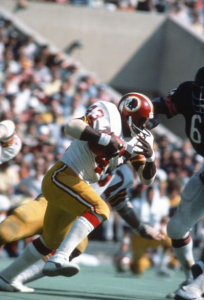 Take, for example, former linebacker for the Indianapolis Colts, Cato June. In November of 2006, he benched (from his fantasy team) New England Patriot quarterback Tom Brady, who was that week playing June’s real life team. June didn’t want to create a conflict of interest on the field so he took the temptation away.

Other players aren’t so concerned with this conflict, instead believing that they’re going to play how they’re going to play. Seattle Seahawks then-quarterback Matt Hasselbeck benched himself on his fantasy team for another reason. Brett Favre, who was supposed to have a great game. To his (partial) dismay, Hasselbeck threw four touchdown passes while Farve threw for 232 yards and only one touchdown.

Other guys attempt to draft themselves and are beaten to the punch. Matt Forte, for example, owned approximately half of the Chicago Bears. Some athletes can’t, despite injury and inside information, bench a fantasy version of themselves. Some are concerned with being the player that everyone wants to draft. Fantasy football is, in many ways, creating another way for athletes to brand themselves in a world obsessed with sport and celebrity.

Fantasy football is certainly changing the way we look at the game of football and the personhood of our favorite athletes. Texas Runningback Arian Foster tweeted, after an injury, “4 those sincerely concerned, Im doing ok & plan 2 B back by opening day. 4 those worried abt your fantasy team, u ppl are sick.” His sentiment reflects the views of many—we’re paying more attention to athletes and to football than ever before, but it may be at the expense of the game and the person.

In 2009, Jacksonville’s Maurice Jones Drew made news when he skidded to a stop one yard from the end zone in New York. While a score would have put the Jaguars in the lead, his kneel allowed Jacksonville to retain possession of the ball for a field goal in the final seconds of the game. The move was strategic, and many applauded his selflessness. Fantasy footballers pounded their heads against tables. MJD cost himself a fantasy win that day too.

More and more, fans are responding to the game as managers of fantasy teams, asking questions about dropping players from leagues after injury instead of inquiring about their wellbeing. Some players wholly reject this idea, and it is easy to see why. But it isn’t going anywhere—fantasy football as an industry is raking in the cash and allowing us to perhaps participate more fully in an athletic experience we’ll never be able to have. And it is, so long as we remember that these are people who live and breathe outside our glowing screens, broadening our knowledge of the athlete, the team, and the game of football.