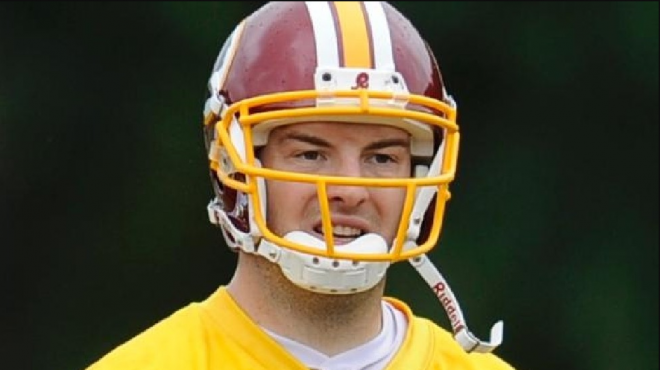 For the last couple of years the top of the NFC East has been very close and there hasn’t been any one team that has run away with the division. The Redskins enter the season as defending East champs and they get many bragging rights for it seeing how the NFC East is one of the most competitive divisions in the NFL. The Skins haven’t won the division in back-to-back years since 1984, but this season has a different feel to it. Here are a few reasons that I think the Redskins are on verge to defending their division crown. 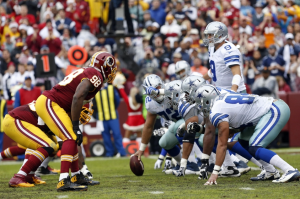 One reason is, of course, Robert Griffin III. Throughout the off-season there were a lot of doubters about Griffin and his health going into the season. There was a time where Griffin was not even expected to participate in training camp, but from the looks of it he’s actually looking pretty good in the drills that he’s completing, specifically his drills on mobility. I don’t think a lot of people outside DC really recognize what Griffin did for his team his rookie year. With the high-octane offense, the Skins were 4th in the league in scoring and had the best rushing attack in the league. Not only was he also the leagues third highest rated quarterback, he was the NFL’s top quarterback against the blitz.  If he and the Redskins can build on that, the offense will only get better for the future. Griffin is the primary key to this teams success, and is the main reason why I believe they can and will win the NFC East again.

The last time the Redskins had a healthy defense is something that Redskin fans hate to think about, I do for sure. Brian Orakpo coming back from injury is huge. The defense struggled last season with rushing the pass which had a trickle down effect to the lackluster secondary. A healthy pass rush will be bring a huge difference, and with Rak back to go along with other great outside linebacker Ryan Kerrigan, we should see a completely different defense this season. Combine that with the talented young DBs that Washington added to their roster and their is potential for a much improved defense this season.

The last reason I think the Skins can take control of the East this season is because they match up well with every team in the division. The Skins were on the toes of the Giants all last season when playing them, and if it wasn’t for a blown coverage bomb to Victor Cruz, the Skins would have been 6-0 in the East, sweeping every rival. I can see more of the same in the rival heavy NFC East this season. The Redskins are primed to have a very big year, and we are all looking forward to it.